+++++“Nothing more plainly shows the wonderful changes made in the past few years than an incident that recently occurred in the Supreme Court of the United States. This tribunal is justly considered the most august body of men in American, being the highest Court of nearly fifty millions of people. No lawyer can be admitted to practice at its bar, unless he is learned in the law and his character is vouched for by some other lawyer in good standing. The incident, to which we allude, took place last week, and was the admission of a negro lawyer upon the motion of a woman! This was not so remarkable because the lawyer was a negro, for there have been five of that race admitted as members of that bar, but because it was a negro vouched for by a woman lawyer. Truly is this a ‘progressive’ age, and wonderful are the changes wrought by it. The idea of women and negroes practicing at the bar of the United States Supreme Court! — Chatham Record.”

+++++“The Supreme Court-room was crowded with people this morning, it being expected that Mrs. Belva Lockwood, the woman lawyer, would again apply for admission to the bar, which was refused a year ago, but to which she is now entitled, under the bill recently passed by Congress. Mrs. Lockwood was present, waiting for the motion of admission to be made by ex-Congressman Riddle, of Ohio, who is now District Attorney. She was in a plain black suit. Her face wore a look of painful anxiety, and she was constantly in whispered conversation with the strong-minded women who accompanied her to furnish moral support. A motion to admit her was made, and she was sworn in just as men are, and, for the first time in the history of the Supreme Court, there is a woman on the roll of attorneys.” 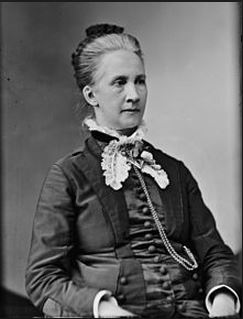